For years it’s been relatively easy to measure pollution from, say, a factory. At a factory, there might be just one pipe of waste to measure. Easy enough.

But what about a farm? We might not typically think of farms as sources of pollution. But they can have big impacts on the land over time. Unlike at a factory, the waste filters slowly through soil across the whole plot of land.

This waste – excess nutrients from fertilizer – can eventually reach groundwater. If too much nitrogen enters groundwater, it can be dangerous to drink. In the form of nitrate, this nitrogen is especially bad for infants. The groundwater can eventually feed lakes or streams. There, the nitrate can cause algae blooms and dead zones without oxygen.

“We see these dead zones annually over a large region near the mouth of the Mississippi, in the Gulf of Mexico,” said Thomas Harter.

Harter, a member of the Soil Science Society of America, is trying to solve one of the most complex puzzles in farming: how to track nitrate as it moves through farm fields.

His research was recently published in Vadose Zone Journal, a publication of the Soil Science Society of America.

Scientists have tried for years to predict how nitrate will flow from the surface into groundwater. That information can help farmers balance fertilizing their crops with protecting the water they and others rely on. But there are many challenges. The types of soil, crops and fertilizers can all affect this slow process. 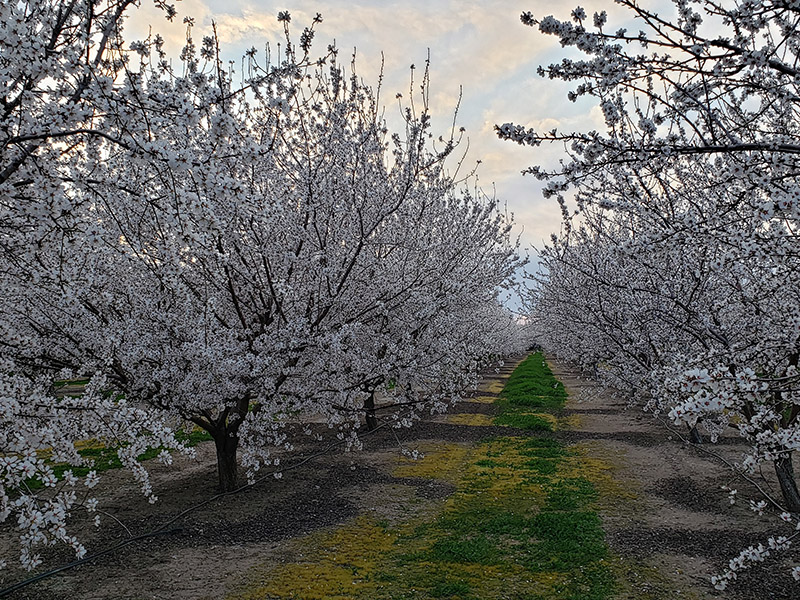 A row of flowering almond trees in the Sacramento Valley.

So Harter and his team designed one of the most detailed studies yet. Across a single 140-acre California almond orchard, they gathered 20 deep soil samples and installed wells to measure groundwater. Few studies have been so detailed across such a small plot of land.

They found that a complex quilt of different soils lies underneath the almond orchard. These different soil types made it very hard to predict how nitrogen from one part of the farm would affect another area. Nitrogen levels varied widely across the farm, even though it was managed consistently by a single grower.

“We did not expect the significant variability in nitrate concentrations between monitoring wells, given the relatively uniform management across the site,” says Harter.

Older studies often measured groundwater across entire regions. Those researchers usually assumed that different crops and growing practices controlled groundwater nitrate. But Harter’s team has now seen that even a single farm can harbor big differences. Nearby patches of soil and water can look very different.

Scientists saw that the nitrogen in the sandy soils predicted how much ended up in wells. That’s because of how water moves through different types of soil. Sandy soils let nitrogen and water move freely compared to sticky clay soils. 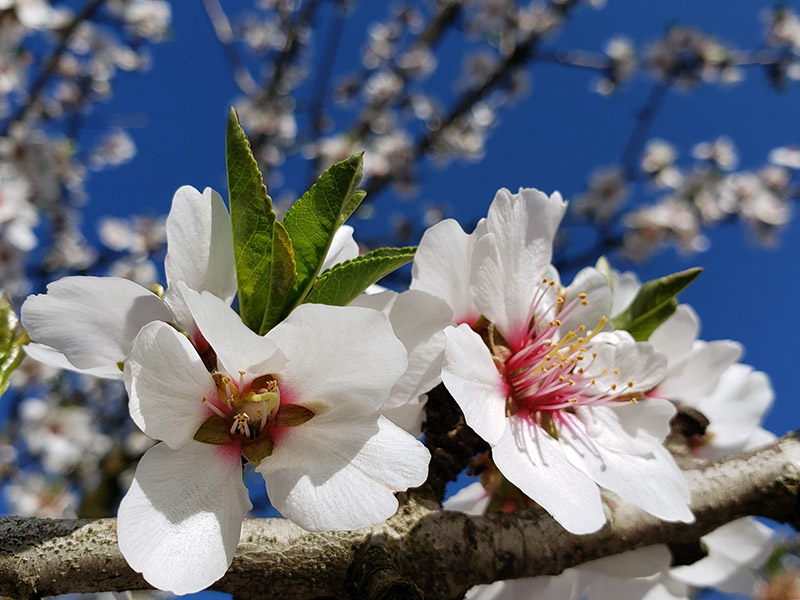 An almond blossom in mid-February on the groundwater quality test site near Modesto, California. The site served as a hyperlocal test for how nitrate moves through the soil.

But because of how much nitrogen varied across the fields, new methods are needed to monitor and evaluate this source of potential pollution.

“We must develop efficient alternative tools that can be validated at field sites like ours but then used at thousands of individual fields and farms to assess their contributions to groundwater,” Harter says.

– Thomas Harter is a groundwater researcher at the University of California, Davis. This work was supported by the Almond Board of California, the Fertilizer Research Education Program, and the California Department of Food and Agriculture.

Photo at top: One of 20 monitoring wells across the almond orchard test site, allowing researchers to monitor the levels of nitrate reaching groundwater from the soil above. Photos: Thomas Harter