Hear that buzz? That’s the sound of millions of bees getting ready for the largest pollination event in the world – California almond bloom.

The season usually begins around Valentine’s Day, Feb. 14, but we usually see the first-of-the-year almond blooms in mid-January in a hot spot near the Benicia marina.

That’s where we saw them on Jan. 23, but they’ve bloomed in that vicinity as early as Jan. 1.

The most report of the California Field Office of the USDA’s Agricultural Statistics Service, released April 23, 2020, indicates:

It takes about two bee colonies per acre to pollinate the California almonds. Since California can’t meet that requirement – we don’t have enough bees! – the little agricultural workers are trucked here from all over the United States. 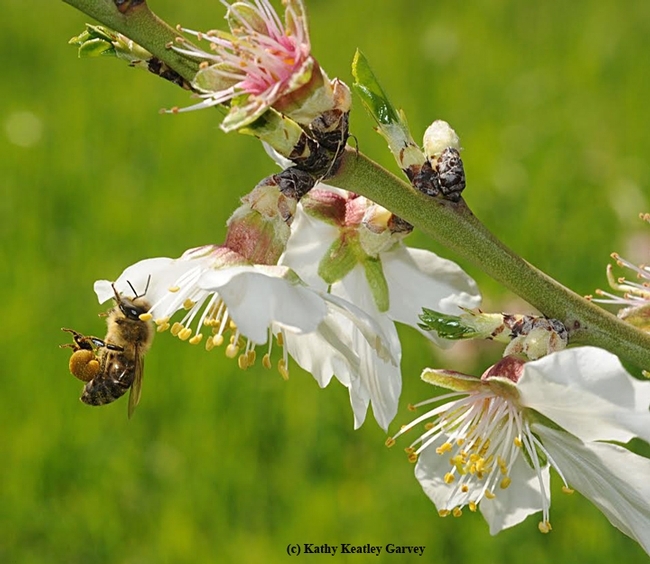 A honeybee packing her pollen on Bee Biology Road, UC Davis, before returning to her hive. 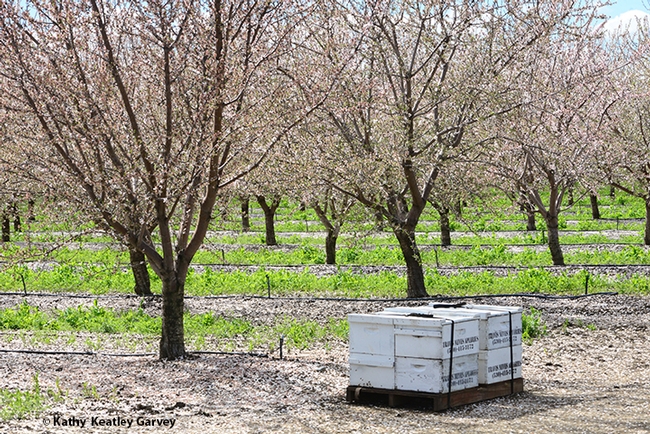